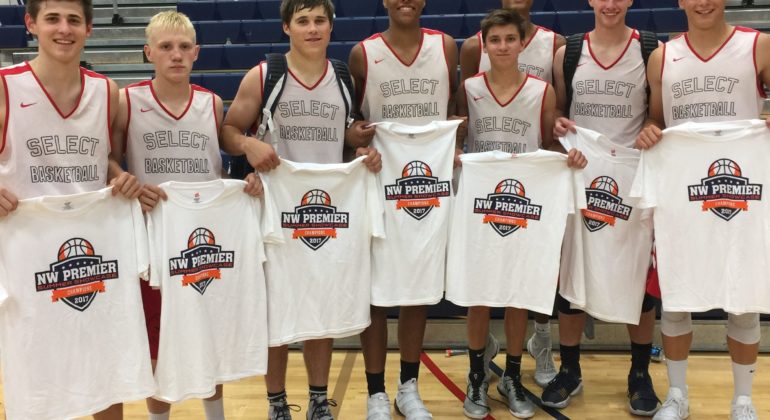 96 Players, 12 Teams, 12 Coaches and 2 Bus Drivers…….sounds like a logistical nightmare for some, while for Vince Hordemann and the Select Basketball program, it is just another summer on the AAU circuit.

Being it is the month of July, it is only fitting we sat down with someone directly involved with an AAU program. As summer basketball continues to grow, with the expansion of the NBA D-League and NCAA DI programs having more time to work with their kids, it only makes sense it would trickle down to the high school level. Where it occurs at the high school level is with the growth of AAU. The shoe sponsored tournaments are being broadcast on ESPN, programs are better funded, tournaments are growing and college coaches are rushing out to see kids play.

So many things were covered in this episode and is well worth the listen. Here are some topics covered:

Vince Hordemann (@VinceHordemann) , is one of two brothers who owns and operates Select Basketball. The Select program was founded back in 1998 and has grown each year under the Hordemann brother’s. Vince’s career in basketball started with the Idaho Stampede, a CBA team that came under the NBA D-League umbrella, as the Director of Public Relations. As he got involved with the Stampede, he was approached to take over the Boise Select program, which eventually became Idaho Select. As Montana Select started up a few summers ago, more teams got involved and it was time to create one universal brand, Select Basketball.

What I love about Vince’s role with Select, is his business acumen behind the scenes for the program. From the design of their website (one of the best basketball websites around), to the organization of travel, Facebook living games (he also provided color commentary) and content marketing, the guy is truly one of the hardest workers in the AAU world. “If kids are going to trust in us, we are going to give them everything we got.”

As the Select brand continues to grow the future looks bright for the organization. With three teams competing at the 14U, 15U, 16U and 17U levels, the basketball for Select just continues to improve.