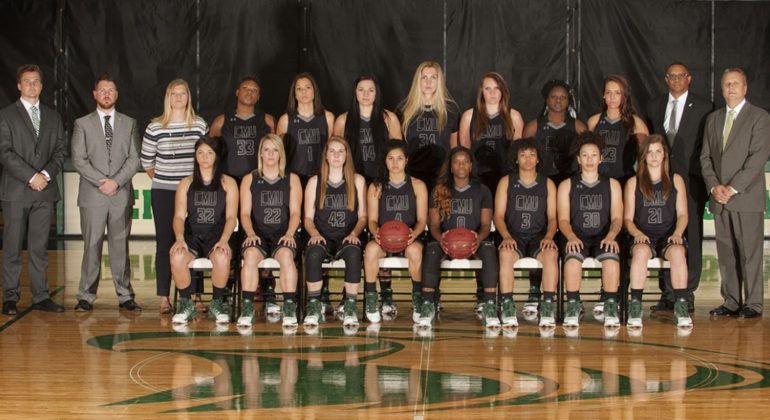 Coaches all have their own unique stories of how they got to where they are in the coaching profession. In the case of Greg Ray, his story is truly one of a kind.

Coach Ray’s story begins growing up in a military household where he spent most his childhood in Germany and other military bases around the United States. As a young boy all Greg knew was the military lifestyle. Watching almost every male figure of his family serve his country was the way of life. Even as Greg pursued other hobbies growing up and wanted to do something different with his life, eventually what had been embedded him throughout his youth ended up calling to him. Joining the military at the age of 21 was one of the best decisions he has made. “As I entered basic training I had this feeling that this was easy. This was all I knew growing up and was what I was suppose to be doing.”

During 21 years of active duty, the primary location Ray was stationed at was in Alaska. This is where Coach Ray’s basketball career started to take shape. First accepting a high school coaching position at Wasilla High School. He was the boy’s assistant for two seasons and it was during this time where he got the bug to start a youth development program for his son. “I didn’t feel the fundamentals were being taught to the boys, so I figured why don’t I start developing these boys and getting them to compete in tournaments.” Taking a group of local boys under his wing, Greg started to build a “comp” league in the Wasilla area. This grew into the boys traveling to local tournaments in Alaska and eventually traveling to the lower 48 for AAU tournaments.

Though Greg started his youth development program to help his son and buddies compete at a higher level, it wasn’t until a couple mom’s approached him about helping their daughters that Greg really found his calling:

“My buddy said I didn’t have the disposition to coach girls basketball. I took this as a challenge and decided to start my own youth program. Once I got a taste of coaching girls, that was it. I was hooked.”

The feeder program for the Alaska Stars AAU program was born. The connections Coach Ray built from his time building the Stars program led him to his first and only college coaching job at Central Methodist University.

The story of where Coach Ray started to where he is at today, is really quite amazing. There are countless nuggets of wisdom throughout this episode with highlights including:

Coach Greg Ray (@GrayCMU ), is the associate women’s basketball coach at Central Methodist University in Fayette, MO. The Lady Eagles are part of the HAAC (Heart of America Athletic Conference), which competes at the NAIA I level. Coach Ray is in his sixth season as part of the program and third year as the associate head coach.  Becoming part of the CMU staff under Coach James Arnold was Ray’s first stint at college coaching and he has taken advantage of the opportunity that was presented to him the fall of 2011.

Where Ray’s impact on the CMU program has been felt the most is with the young ladies he recruits to the Eagle’s program. With no fast food restaurants, no malls or much nightlife, you would think the small town of Fayette, MO (2,732) would be a hard place to attract players.  When describing his recruiting pitch Ray said, “I don’t know if there is anything special I do. I just give them the straight juice.” Keeping his message light, on point and honest, are all things the kids appreciate during the recruiting process. Ray is upfront with all the players he recruits whether they be high school players from Alaska, DI transfers from across the US or international players.

This approach towards recruiting has built the CMU Lady Eagles into a premiere NAIA program. With back-to-back national tournament appearances, 129 wins in 6 seasons and a strong foundation in place for the future, the Lady Eagles program is soaring high behind the leadership Coach Ray provides.