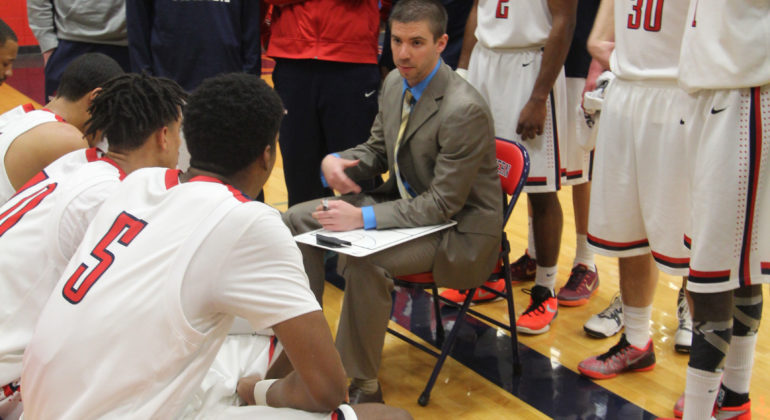 What’s it like growing up a coaches son? In this episode of the MEB podcast I had the opportunity to chat with a current college coach who had this experience.

I grew up in rural Iowa competing against Lorensen, both during the high school summer circuit and during my career at Morningside College and while Todd was competing for Grandview University.  His dad, Fred Lorensen, has over 500 wins at the high school level, has built his PCM program into one of the best programs in the state and has imparted his knowledge/wisdom on to his son Todd. The influence his father has had on him is the main reason he is a college coach and continues to grow in the profession.

During our short conversation we got into a multitude of topics pertaining to:

Coach Todd Lorensen (@toddlorensen), is the Head Men’s Basketball Coach and Athletic Director at Southwestern Community College. He is entering his third season at the helm of the Spartan program. In his short tenure, the program won the ICCAC Conference for the first time since 1997, tied the single season wins record going 25-6 in 2015-2016 and has established SWCC as a top 10 nationally ranked program.

Lorensen grew up  with coaching in his blood. His dad, Fred Lorensen, has over 500 wins at the Iowa High School level and has built his PCM Monroe program into a true basketball factory. Using the gym as an early baby sitter,  attending youth camps and bonding with the high school players, is what Todd remembers from his early days growing up around the game. The influences he had growing up have turned him into the coach he is today.

Lorensen’s dad has not been the only coach who has impacted his career. Assistant positions at Grandview University, University of Nebraska Omaha and Truman State, have all molded his coaching philosophy. The coaches leading these programs all have their unique styles Todd has been able to take bits and pieces from.

Not only has Lorensen led the Southwestern Men’s Basketball program to the top of the ICCAC Conference, he also leads the entire athletic department at SWCC as the athletic director. Managing his time as a basketball coach and an athletic director is one of the hardest things he has to balance. Delegating tasks to his assistant coaches, trusting his other coaches on the SWCC staff and enhancing the overall athletic culture, are all daily battles Lorensen fights.