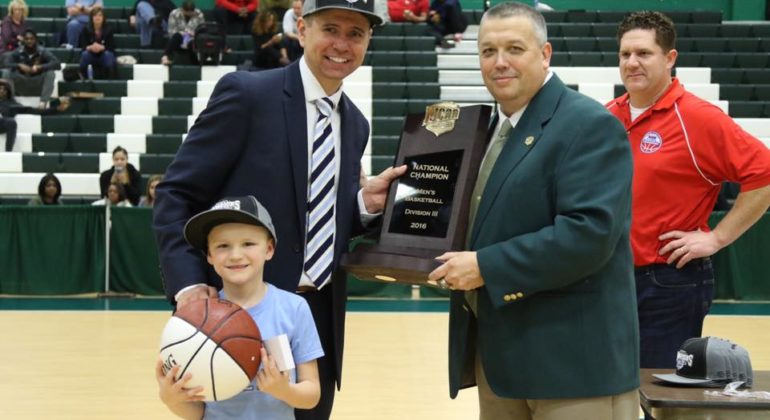 I had the chance to speak with Craig the night before he was to present at the Nike Coaches Clinic in Indianapolis, IN. In this episode we venture back to Craig’s first coaching job as a head high school at Akron Westfield, IA, to where he is at today in his new role as the head men’s basketball coach at Graceland University. In this episode we touch on:

Coach Craig Doty (@CoachDoty) is the Head Men’s Basketball Coach at Graceland University in Lamoni. He previously held the head coaching position at Rock Valley Community College in Rockford, IL. His four years leading the RVC program Coach Doty had a .732 winning percentage (113-28), won two NJCAA National Titles and was awarded NJCAA III National Coach of Year (2014/2016) and both the NABC and HoopDirt.com national coach of the year for 2016. Doty is the Doty enters his first year at the helm of the Graceland University program.

Craig not only excels in the coaching arena, he is also a successful entrepreneur. He is one of the co-founders of Midwest Elite Basketball, a camp organization created in 2006 specializing in working with high school programs. He build the business from two camps in the summer of 2006 to over 180 camps in the summer of 2016. The camps have been a monster success because of the unique business model behind MEB. College coaches travel to high schools around the country tailoring camps to the specific needs of each high school coach/program. Focusing on developing the “whole team” over the best individuals is the way Craig approaches his basketball program and business.