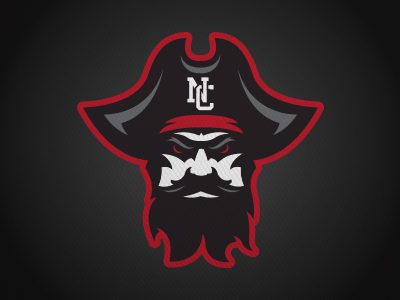 In our scout we like to focus on the top 5 plays that a team runs as well as any actions that they like to replicate in multiple sets. We also cover their top 2 in-bounds plays as well as personal strengths and weaknesses of their regular rotation.  We will watch film of 10-15 selected clips, so our guys can get a better idea of their offensive tendencies and individual players.

What’s Included on the Scout

We always hand out scout out before we watch film on the opponent.  We will discuss each individual player as well as what type of offensive and defensive style the team likes to play.  While watching film we always pull certain plays that the other team has been successful with and that we believe we need to stop.  We do the same thing with individuals on the team and their attributes.  In our scout we include the opponents probable starters, as well as their top 4-5 guys off the bench.   We try to focus on what the opponent does well as well as one or two things that we believe we can expose.

After the player breakdowns we have a segment on the opponents offensive and defensive tendencies.  This is where we focus on their offense and defense and what type of team they are, in doing so we try to break their tendencies down in 3-4 different bullet points, something to where our guys will read them and understand but it will not overwhelm them.  We then will have a “Keys to a Win” section where we discuss the main focuses for us in that particular game.  We end our scouting report with the opponents roster and current stat sheet. In years past we would include diagrams of plays but we found out that players are more inapt to learn the plays by watching them on film and walking thru them on the court than they were by looking at them on a paper scout

Once we get on the court we will go thru certain defensive drills that rep how we want to defend our opponents offensive tendencies which we will then carry over to our on court scout.  During our on court scout, one thing we like to do is ask a lot of questions that our guys have to have answers to in terms of how we are going to defend certain players, how we are going to ball screens, staggered screens, etc. This helps keep them engaged and focused.

Our scouting philosophy is to take away as much of their main offense and main sets as possible.  We believe that if we can do this, it is going to take them out of their comfort zone and do things that they do not typically work on every day in practice. We try to pride ourselves on how few of times teams will run their plays against us.  Individually we want our players to know the type of opponent they are going to be up against (shooter, rebounder, distributor) and that certain players key attributes that makes them successful.  We hope in doing so that we can key in on what makes them go and force them, again into moves or spots on the floor that they are less comfortable with. 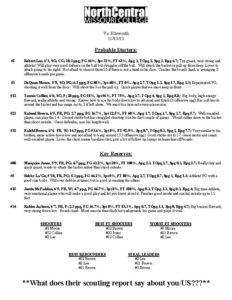 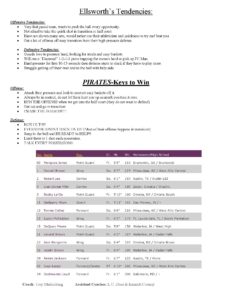 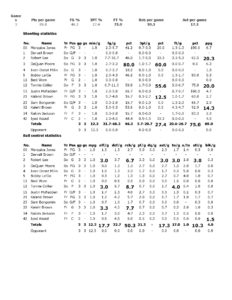