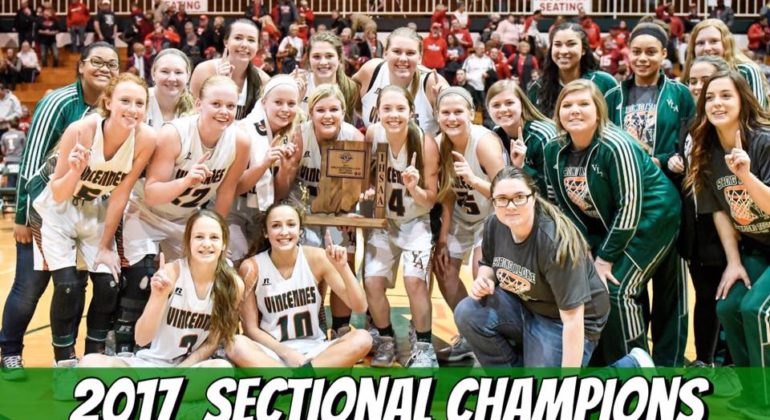 The Lady Alices have hosted an MEB camp the past three summers.

“This season has been similar to a journey to a theme park and riding the fastest roller coaster available. We began the season with high expectations from within our locker room and from the community. Injuries dealt us a bit of a tough hand early on and we struggled to get some wins at the end of November during a 3 game slide. However, the resilient young ladies continue to battle each and every time on the court. December saw the injury bug continue to hamper as a 4 year starter went down with a knee injury.  But the team would grind its way to a near perfect December while winning two important conference games and repeating as McDonald’s Holiday Tournament Champions.

As we began to get everyone healthy January saw us playing our best basketball as we clinched a share of the Big 8 Conference and finished off the regular season at 17-6. We began post season play with a 56-42 win over conference rival Jasper and moved to the sectional championship game with a 49-32 win over Southridge.

We then claimed our 2nd straight sectional title with a thrilling 56-52 win over conference for Princeton in front of a packed house and electric atmosphere.

Much like a thrilling roller coaster, the season has had ups and downs and gone by way too fast! We are hoping to extend this weekend at the Charlestown Regional.”