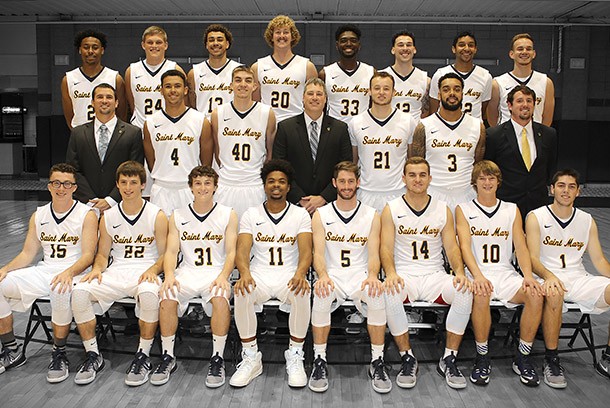 The University of Saint Mary staff has been an instrumental part of TeamMEB.  Every member of their staff has been a part of the staff in different capacities. Head coach, Troy Brown directed multiple camps during the summers of 2014-2015. Assistant coach, Tyler Bredehoeft has been a camp director for over 5 years and is part of the original group of MEB coaches. And lastly the graduate assistant for the Spires, Chase Dippel, will be entering his second summer on staff in the summer of 2017.

Comments on the 2016-2017 season from Assistant Coach, Tyler Bredehoeft

“Our team is having the season that we prepared for in September.  Our guys have been locked in from the beginning and our record displays that.  Lost a couple heart breakers on the road early in conference play that will keep us from winning the league but our sights are now set on finishing the season strong and making a run at the conference tournament.”